A Spin on Branding 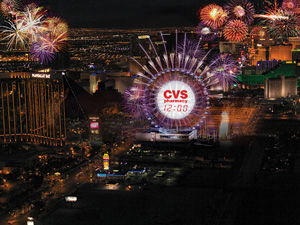 Las Vegas developers Howard Bulloch and David Gaffin of Compass Investments and his team are building the world’s third largest observation wheel — SkyVue. Located directly on the Las Vegas Strip, SkyVue will feature two 50,000-square-foot LED screens (one on each side). The LED screens, which are reportedly the largest in the world, will air digital content day and night in addition to custom content twice an hour. The screens will be visible across the entire Las Vegas corridor, which makes it ideal branding real estate. SkyVue is slated to open at the end of 2013. Learn more at skyvuelasvegas.com.

Putting A Local Spin On Your Global Brand