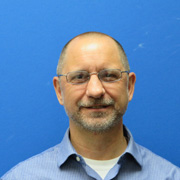 Bill Bartnik is Wisconsin Operations Manager for Rockline Industries, a position he has held since 2018. He previously spent 16 years with Sargento Foods in Plymouth, Wis. He started as a Production Manager and was promoted to Plant Manager two years later. He became Director of Manufacturing Systems in 2014 and Vice President of Manufacturing in 2016, where he led three manufacturing facilities with more than 1,500 employees. Bartnik also has held food-production roles with Kraft Foods Group, Winona Foods, and Trilliant Food & Nutrition. He holds a bachelor’s degree in industrial engineering from the University of Wisconsin-Stout and an MBA degree from St. Ambrose University.

Rockline Industries is one of the world’s largest manufacturers of coffee filters, along with wet wipes used by consumers, healthcare professionals, and industrial and institutional settings. A family owned company that was founded in 1976, Rockline repeatedly has created first-to-market product design solutions for the wet wipe consumer. It also continues to provide innovative products to the nonwovens industry. Headquartered in Sheboygan, Rockline employs 2,500 people worldwide, and has manufacturing facilities in Wisconsin, Arkansas, New Jersey, Tennessee, England and South China.