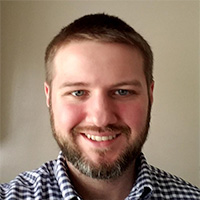 Donald Taylor has been an R&D Engineer with Sonoco since 2016 focused on development primarily in the retort and hot-fill markets. Donald holds a BS in Packaging Science from Clemson University. Prior to Sonoco, Donald was a packaging development manager with Utz Quality Foods. Outside of the industry, Donald is the Sonoco Toastmasters Club president in Hartsville. Donald, his wife, and their two-year old daughter reside in Hartsville, SC where Donald enjoys homebrewing and woodworking during his downtime.