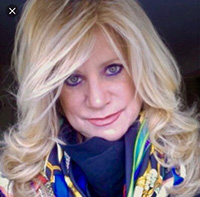 Gail Levy, Founder and CEO of HFactor® Hydrogen Infused Water, is renowned for her expertise in domestic and international product development, sales, and brand marketing. Gail first started researching hydrogen water when her friend, a former NBA player, raved about how some of his friends said it helped with their aches and pains. Gail had just lost her best friend to cancer, and discovered that the side effects she’d suffered in treatment might have been eased with a hydrogen boost.

Gail felt she could honor her friend by making hydrogen water immaculate, effective and accessible to everyone. Enlivened by this mission, she spent three years and traveled the globe in a relentless pursuit to not only create an efficacious product but a container that would maintain the integrity of hydrogen. She consulted a team of experts along the way to help her engineer the most natural process possible to combine hydrogen and American water with zero impurities and optimal impact and thus HFactor™ was born.

HFactor® products are now available at over 4,500 retailers including Walmart, Albertsons, Safeway, Sprouts Farmers Market, Wegmans, and many more.

In her former life, Gail was one of the first pioneers to foresee the power of the internet; Gail created a design and fulfillment company of home décor, gifts and outdoor lifestyle products. This startup went on to become one of the most lucrative online fulfillment companies to corporations such as 1-800 Flowers, FTD, Pro Flowers, Hallmark, and Garden.com. Her model set the standard for other retail fulfillment sites across the country.

Prior to that, Gail designed fashion-forward hard goods for celebrity brands like Martha Stewart, Katie Brown, Jaclyn Smith and Christopher Lowell in the tabletop, home & office décor, and garden industries. These Private Label designs, as well as those of her own company, were sold to major retailers such as Lowes, Home Depot, Target, Kmart and others.