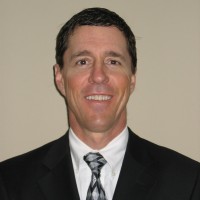 Jack has over 30 years of industry experience in the plastics manufacturing and distribution arena. Besides his current role as Executive Vice President of Hoffer Plastics he also serves on the Board of Directors of The Intec Group (Global Insert molding) and the Board of Directors of Sanwa / Intec. He has broad experience in both Business Development & Operations. Before joining Iconic Plastic Injection Molder Hoffer Plastics as their Executive Vice President, he served as Vice President at Kamco Plastics in Schaumburg, Illinois. There under Jack’s regime Kamco grew to one of the Appliance Industries leading plastic injection molding companies with 3 facilities in Mexico and the United States including the Maytag Neptune “Plant in Plant” molding operation in Florence, South Carolina.

Mr. Shedd has been known to conceive and create unique value-added strategies and programs for customers (including the “plant in plant” concept for Sanyo & Maytag) while building and mentoring teams that he is involved in.

Hoffer Plastics was named Plastics Processor of the Year in 2012 by Plastics News.