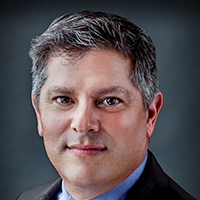 Michael Chase is the Managing Partner and co-owner of Chase & Associates, a multigenerational firm with almost half a century in the packaging business. Some people recruit. Others turn it into an art form. Michael has handcrafted more than three-hundred successful placements.

Anchored by long term relationships, he has built countless management teams in the packaging industry. His areas of expertise include Director, GM, and C-Suite level placements. Michael's clients include early-stage venture-backed start-ups and roll-ups, as well as the multi-billion dollar, publicly traded companies.

Michael and his sister, Alexis, have built a company culture that rivals such firms as Google and Starbucks. Their rapidly growing business is deeply rooted in ongoing training and development with a side of fun, as evidenced by their annual ping pong tournament.

Michael and his wife Allison, a child psychologist, live in Austin, Texas, with two children in college. Michael's passion for his family and his obsession with golf cannot be overstated.