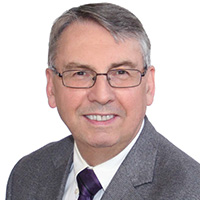 Richard Berry is Vice President and Chief Technology officer of CelluForce. He has close to 40 years of experience in the bioproducts industry. He has received many pulp and paper Industry awards and is a TAPPI Fellow. He holds patents in more than 30 patent families, and his work has been published in more than 100 articles and 5 chapters in monographs. Berry received a Bachelor of Arts Degree in Chemistry and Geology from Keele University in Staffordshire, England in 1975. In 1980 he earned a Ph.D. in Chemistry from McGill University in Montreal, Canada.