From kids to adults, cold cereal has that “it” factor.

All you need is a bowl, a spoon and some milk to enjoy one of the simplest childhood pleasures — cold cereal. Who can forget being a young child and sitting in front of the TV on a Saturday morning with a big bowl of sweetened goodness and your favorite cartoons?

And now, weekday mornings at home have become more than a quick bite and rushing off to work or school. Most schools are offering online schooling this year, as the pandemic hasn’t slowed to a halt just yet. What it means for kids is a little more lag in breakfast time and a little more snack time. Cereal fits the bill for both.

According to a survey commissioned by General Mills Big G cereals, cold cereal was voted the top-rated breakfast food by kids. In fact, 55% of parents say it’s their children’s favorite.

Survey results cite that 70% of parents cite the biggest morning challenge is to sit down and have breakfast as a family. However, with the pandemic shaking up usual morning routines, 73% of families with school-aged children now report they have been able to spend more time together as a family before starting their work or school day. With the change of pace, 53% of parents are using breakfast time to discuss what’s going on in the world. Dropping 22 percentage points, the survey indicates eating breakfast as a family has become less challenging (70% before pandemic vs. 48% during pandemic).

“When it comes to breakfast, it’s hard to beat all the nutrition packed into one bowl of cereal for about 50 cents on average, with milk,” said Amy Cohn, RD, senior manager of nutrition and external affairs for General Mills cereal division. “Cereal is an ideal breakfast centerpiece that naturally attracts other nutrient-rich foods, like milk and fruit. A cereal breakfast with milk and a banana delivers really good nutrition, while also being accessible and affordable to families nationwide.”

Below we look at what’s new in the cold cereal category. 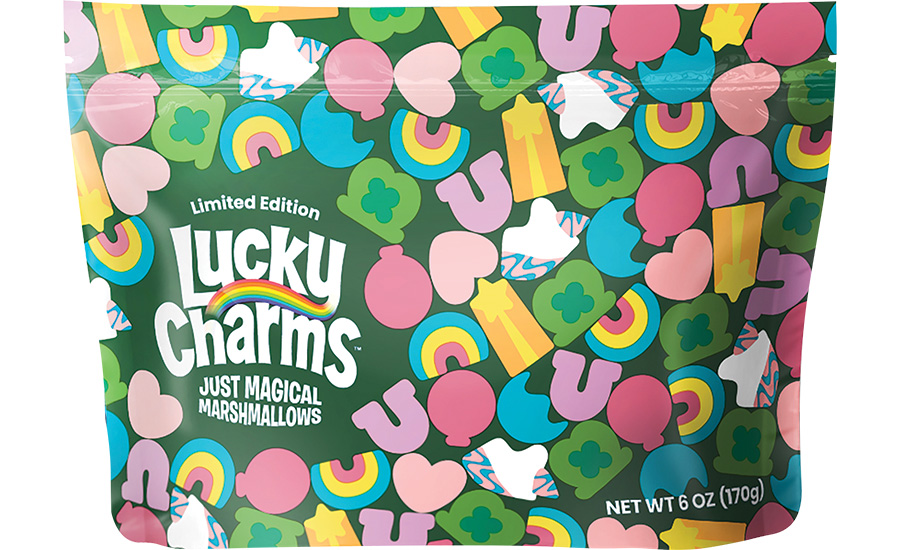 Variety Is the Key

One new item that Lucky Charms fans will appreciate: a limited-time offering of a 6 oz. resealable pouch of magically delicious Just Magical Marshmallows. Yes, marshmallows only. No need to try to get all of the marshmallows from the box in your bowl anymore.

Kellogg brought great variety to summer and back-to-school time with its limited-edition Mine Craft Creeper Crunch Cereal that has cinnamon-flavored bites and green squares of ‘Creeper Bit’ marshmallows that aim to evoke Minecraft’s pixelated block look. Every box includes a code that unlocks one of 10 unique in-game clothing items, typically only available by purchase, allowing the Minecraft community to customize their characters head-to-toe with capes, jackets and more.

“As a popular video game, Minecraft has inspired exploration and creativity for millions of players worldwide,” said Erin Storm, marketing director of Kellogg All Family Cereal. “With Kellogg’s Minecraft Creeper Crunch Cereal, game fanatics and families alike can build their own delicious breakfast and gaming adventure.” 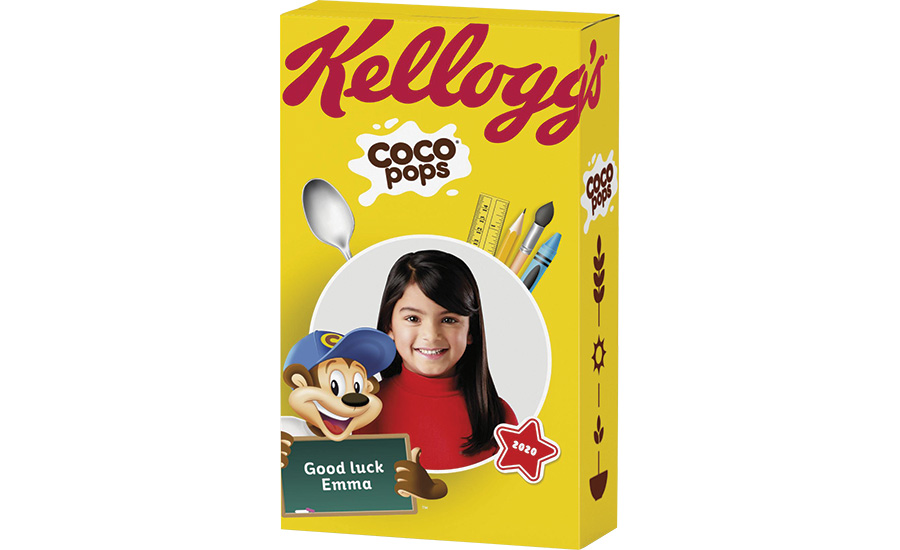 Kellogg made back-to-school fun with personalized cereal box sleeves. Consumers collecting codes from three promotional packs of Kellogg’s breakfast favorites — including Coco Pops, Corn Flakes, Rice Krispies or W.K. Kellogg by Kids cereal. Shoppers will then visit kelloggs.co.uk/backtoschool to upload a photo and personalized message including their child’s name, age and favorite color, which will all appear on their personalized cereal box cover. The promotion is running until November 30. 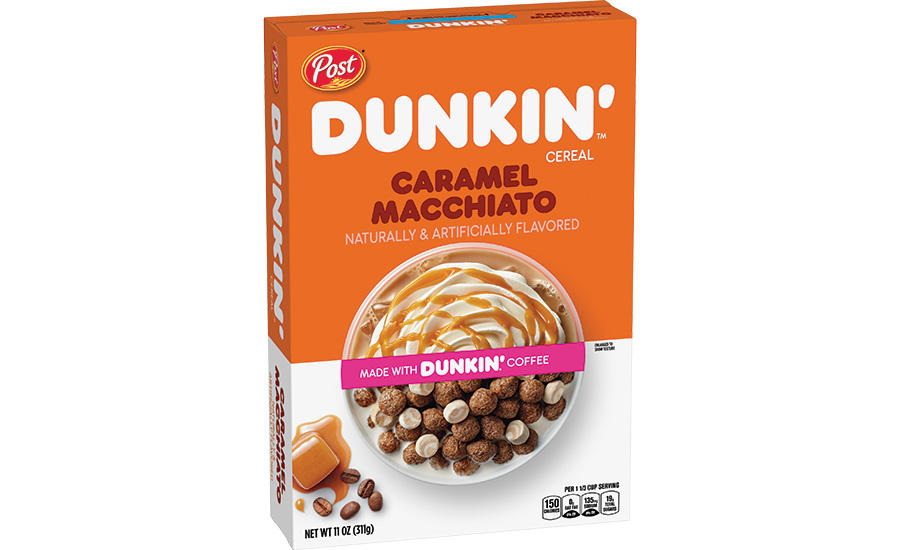 Coffee Flavors in Your Bowl

In August, Post Consumer Brands and Dunkin’ announced two new cereals made with Dunkin’ coffee: Dunkin’ Caramel Macchiato and Mocha Latte. The two new Post cereals — Dunkin’ Caramel Macchiato and Mocha Latte — were inspired by Dunkin’ fans’ two favorite flavors and mark the first collaboration between Post and Dunkin’. Now, not only can you have Dunkin’ coffee at home, you get the same flavors in your cereal bowl.

Dunkin’ was named the No. 1 brand for customer loyalty in the out-of-home coffee category for the last 14 years, and for the eighth straight year, the Dunkin’ brand was also No. 1 in the packaged coffee category.

And, for those who want something new and blue, Post came out with Magic Fruity Pebbles where the milk changes color to blue when added.

For Kids and By Kids

Kashi came out with two new cereals packed with superfoods, Kashi by Kids Super Loops in two flavors: Berry and Chocolate. Kashi enlisted the help of its Kashi Kids Crew, a group of Gen Z leaders ages 13 to 17, to create the new products. The cereals boast 4g of protein, single-digit sugar and superfood ingredients such as beets, berries, lentils and cocoa.

In order to create a product that kids actually want to eat, Kashi used the Kids Crew to help develop a product with craveable taste featuring the top two flavors for kids. Each member of the Kids Crew shared what was important to them in the new cereal. To engage the brand’s younger audience, Kashi is bringing back cereal box nostalgia with mad libs and games on the back of boxes.

Kristen Kazarian is former Editor in Chief of Packaging Strategies. She has worked for a variety of publications that cover industries including health and fitness, computer programming, first responders, fashion, automotive and education, as well as local news. She also worked in broadcast television. Kristen graduated from Central Michigan University with a bachelor's degree in journalism and public relations.