Salami Lovers Get What They Want

A survey showed that Norwegian consumers would prefer a twist-off, screw-on lid. 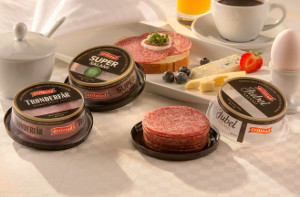 A survey run on behalf of Grilstad showed clearly that Norwegian consumers were not satisfied with the available packaging for sliced salami and would prefer a twist-off, screw-on lid to replace the traditional tear-open flexible pack.

Grilstad decided to act immediately, with the goal of being the first on the market with this type of salami packaging. The company worked closely with RPC Superfos and came up with the idea of also using the pot upside down so that the lid acts as a serving dish. It can then be resealed, minimizing food waste.

Development manager at Grilstad, Terje Sørnes, explains: “We chose the SuperLock pot because it is the only solution on the market offering three desirable qualities all in one: an oxygen barrier, decoration with In-Mold Labeling and a twist-off, screw-on lid. When we came up with the idea of using the pot upside down, we found it so obvious that we had to ask ourselves why no one had thought of it before.”

Grilstad reports good sales since the September launch for all three of its varieties; Jubelsalami, Supersalami and Trønderfår in 120g and 150g variants.

Terje Sørnes adds: “Working with RPC Superfos has been exciting and rewarding. The project was run with very tight deadlines to shorten the time-to-market. Thanks to our close cooperation we can be proud of the launch.”

In addition, the new approach to sliced salami has generated substantial media excitement: “The attention that we got from the media was overwhelming. Thanks to the packaging, we received a great deal of coverage in major newspapers and news websites.

“Also on our Facebook page, the new pack has created a lot of buzz — people want salami with a twist-off, screw-on lid.”