When marketing to Millennials, unisex sells

It has been decades since expectant parents felt compelled to paint the nursery walls baby blue for boys and cotton candy pink for girls. But gender-specific marketing can be a huge turnoff for many shoppers–particularly Millennials and the cohort behind them, Gen Z. Both have proven to be the most gender-bending consumer groups to date.

Generations Y (the Millennials) and Z exhibit an evolving and fungible view of what it is to be masculine and feminine, in part because of economic realities that are putting men and women on more equitable career paths. What’s more, they are growing up in an era of increasing tolerance for non-traditional gender identities.

“These young consumers are bending, blending and flipping gender norms to meet their individual needs,” notes “The Cassandra Gender Report: What Gender Means to Generations Y and Z.”“They do not want society to tell them what men and women should do or buy; rather, they want to define items they purchase by their own unique use of them.”

Educational institutions from kindergarten to the Ivy League have also responded to the trend. Massachusetts public schools have issued widely sweeping directives to eliminate institutional differences based on sex altogether, such as graduation gowns that are white for girls and blue for boys, for example. In Sweden, which is considered one of the most progressive countries in the world when it comes to gender, one preschool’s staff now refers to pupils as ‘friends’ rather than boys and girls, as part of a broader effort to combat gender bias. Princeton University recently joined the ranks of colleges with gender-neutral dorms, allowing mixed sex groups of friends to bunk together.

Men are increasingly going into teaching and nursing jobs once considered ‘women’s work,’ while women now far surpass men in college achievement. “By 2016, women are projected to earn 64% of associate's degrees, 60% of bachelor's, 63% of master's, and 56% of doctorates,” notes National Journal. That helps explain why Millennials boast the first generation of women in U.S. history to reach near parity in pay, according to a recent Pew Research Center report.

And what are Millennials doing with their roughly equal purchasing power? Some pretty non-traditional things.

Makeup on men is not only acceptable–it’s gone mainstream. While the members of KISS and David Bowie wore makeup for their acts, actor Jared Leto and singer Adam Lambert are just two high-profile examples of a generation of men that have discovered pore minimizer, moisturizer and ‘guyliner.’ Reinforcing the trend, designers Tom Ford and Marc Jacobs are introducing makeup lines aimed at men that also include some unisex offerings.

Runway fashion has also taken a decidedly androgynous turn, which isn’t surprising given that four in 10 women prefer clothing and products that are specifically designed for men, as noted in The Cassandra Gender Report. Almost two-thirds of Millennials and Gen Z consumers surveyed said their generation was pushing the boundaries of what it is to be masculine and feminine, and they expect the branding and marketing of products they buy to be inclusive from a gender standpoint.

And generational mindsets as touchy as minefields complicate the matter and make it critical that brands and marketers communicate with a strong but sensitive and savvy voice. Millennials are already “less interested and more difficult to connect with, capture…impress, convince and entertain,” notes the comScore report “Next-Generation Strategies for Advertising to Millennials.” And Gen Z consumers “are in a constant state of ‘partial attention’ owing to the growing influence of digital media,” notes a report from Fitch.

All this means the gender-blended future has major implications for food and beverage manufacturers and retailers. To reach them, they must embrace the following strategies.

There are good and perfectly logical reasons to create formulations aimed at men and women in food and beverage, respecting they still may have different needs, but brands must accept that they face growing risks in deciding to market these products explicitly by gender. As Millennials and younger generations grow up with more sophisticated and nuanced gender viewpoints, they will be most responsive to products that not only meet their needs–even their gender-specific needs–but do so while speaking to them in an inclusive way. 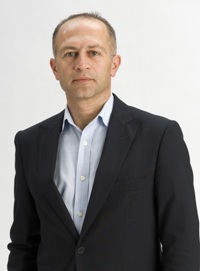 Suley Muratoglu is Tetra Pak's Vice President of Marketing & Product Management, U.S. & Canada
You must login or register in order to post a comment.