OPINION: Zero Packaging Can Do More Harm than Good 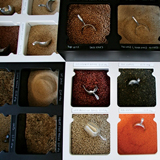 No doubt about it, Austin, Texas is a forward-thinking community when it comes to environmentalism. Mega natural retailer Whole Foods was born there; so was the Wheatsville Food Co-op; Colorado’s Natural Grocers has found a home there, too.

Now it seems three brothers in Austin want to up the ante on clean and green. They’ve formed an LLC called the Brothers Lane with a new business model in mind: to become the first package free, zero waste food retailer in the country. Still in the planning stages and collecting capital from backers, their concept-a store called in.gredients-is no different than many other entrepreneurial dreams.

The vision? To go further than any retailer has gone in modern times; selling every product in bulk. Customers will simply be told to bring in their own containers from home and fill them. But, will this idea ever get off the ground? And if it does, will it be a viable retail model?

The core concept is nothing new. Bulk foods are sold in every natural product store in America. Commodities like nuts, dried fruits, legumes and grains are scooped into individual plastic bags, sealed, weighed and priced per pound. Bulk foods were a mainstay in stores for a long time before packaged products appeared. Then, products and brands exploded, along with the populations to purchase them, and a new problem popped up: massive amounts of packaging ending up in the waste stream, filling up landfills.

In response, manufacturers have been whittling away at extraneous packaging for some time. Walmart catapulted these efforts with its “Packaging Scorecard” late in 2006, pressuring more than 66,000 suppliers to reduce packaging, with the goal of being packaging neutral by 2025. Consumer goods giants like Procter & Gamble, Coca-Cola and Unilever (and a host of other product companies) followed Walmart’s lead, pledging to cut waste in all phases of their business operations including consumer packaging. And they’re doing it.

There has been a steady reduction in the amount of plastic and paperboard being used. Result? Lighter, often smaller packaging that requires fewer truckloads to get to market, saving money, precious natural resources and fuel costs. Not to mention cutting carbon emissions.

Yet, even with these efforts, 29 million tons of packaging waste hits US landfills annually according to some estimates; almost 12 percent of that coming from plastics that aren’t recycled.

And while a zero-packaging grocery store might seem like a good solution to some, let’s remember there were reasons packaging appeared in the first place-and it wasn’t about creating a new marketing platform. The question is: Are the ideas that made packaging viable still meaningful or have cultural shifts made packaging expendable?

I believe it’s the former. So, why should we continue to package?
Given all this, and the fact we live in a litigious society, it’s also important to consider the legal implications of a “no packaging” policy. Stores filled with unbranded bulk products might lead to more taint (or perceptions of it.) Will that lead to lawsuits if consumers become ill? Especially if testing of products yields evidence of harmful bacteria? Does the lack of packaging actually increase the likelihood of legal action?

Manufacturers and consumers should pause and ask themselves: “Is no packaging for all food products the right way to go?” It’s easy to passionately embrace an idea that centers on a cultural hot button. But it’s important to stand back and look at things rationally. With the cost of consumer products today: is it prudent to waste food or take a chance on more tainted food in lieu of having some packaging waste?

Rather than zero packaging, wouldn’t it make more sense to be prudent and keep working on cutting extraneous packaging; recycling as much packaging as possible; cutting down dramatically on the manufacture and use of virgin materials; designing packaging that can be repurposed or reused; and continuing to find new biodegradable materials from renewable sources.

It seems to me that doing these things will give us the best of both worlds. Highly functional packaging that ensures viable, safe, fresh products. And measurably less packaging material in landfills as time goes on.

Ted Mininni is president of Design Force, Inc., a leading package and licensing program design consultancy to the consumer product and entertainment industries. He can be reached at 856.810.2277. www.designforceinc.com.

Can Luxury Brands Be More than Lipstick on a Pig?

Why Retail Shelves Are More Important Than Advertising