Head + heart (An equation for effectiveness)

“Effectiveness” conjures up images of getting things done in a rational, logical, by-the-book sort of way. It’s how Western society is structured. But with the world around us changing as quickly and palpably as the weather, it’s time to readjust. Logic is an important tool. But it’s not the only one in the box.


Let's start by using our brain

To rely on logic is to use only half of our brains–our left brain. The other half, our right brain, works on more lateral, intuitive lines. The problem is that our intuition is closely linked to our emotions, which, in the business world has always been tricky territory--i.e. if it’s not logical or fact-based, then it’s subjective, irrational, untrustworthy and even dangerous. But can we justify ignoring 50% of our brain just because its processes can’t be reduced to an equation or squeezed into a spreadsheet?

The world doesn’t work in straight lines and neat patterns, so relying on old logic-based models to survive the recession and beyond is, thinking logically, downright illogical. But it’s not about discarding logic in order to blindly follow our heart. It’s about understanding the value of both sides of our brain and using them together.

The first step is to look at what people want. And that’s quality, value for money and choice. But it doesn’t stop there. Consumers also want an emotional experience–excitement, entertainment, reassurance, user-friendliness. And it’s got to be personalized, relevant to their hectic lifestyles and eco-friendly too. Oh and they want it yesterday. Listed in this way, it feels like an impossible mountain to climb. But Henry Ford’s insight, “If you always do what you’ve always done, you’ll always get what you’ve always got”, should provide some sense of direction. By committing to doing things differently, supported by the “feeling” nature of our right-brains, we open the doors of possibility.

and are proof that progress in this climate is possible. These parts of the world are producing innovations that are leaving the West behind. Their hunger, ambition and confidence is generating the resources they need to satisfy their growing educated and middle-class consumer population. They’re acquiring more new skills, they’re thinking on their feet and creating a business climate that’s making the Western model look woefully outdated. They are the new leaders and if we want to challenge them, we need to change.

Intuition may not be an exact science, but many of the world’s most innovative thinkers don’t let that worry them. Professor Alan Livingston is one of the ’s leading lights in the design education field. He strongly advocates the “soft” skill of intuition, and believes that if you want to inspire people, solve problems and get results, you should “…open your mind, use your senses, and appreciate your intuitive ability–but scrutinise it too. Respect how it can change the course of something, and if that feels right, honour it. Because if boldness, creativity and intuition get squeezed out in favour of the bottom line, the outcome stands to be merely competent rather than special or exciting.”

Nick Jankel, a public intellectual, social innovation expert and transformational coach in the also advocates intuition, which he describes as, “A deep sense that what I’m doing is the right thing.” He adds, “People say it’s unscientific. Yet so many of our great scientists tell us it was intuition that led them to so many breakthroughs.”

David Brooks, author of The Social Animal: The Hidden Sources of Love, Character and Achievement believes that success (and happiness) depend on understanding “the inner mind–the unconscious realm of emotions, intuitions, biases, longings, genetic predispositions, character traits and social norms”. He believes that emotions are the foundation of our reason because it’s our emotions that tell us what to value. His argument is that the world’s rule-makers have for too long dismissed “the unconscious” as an obstacle on the path to ‘wise’ decisions. This has helped separate our reason from our emotion, and resulted in a shallow view of human nature. As such, material accomplishments have taken precedent over the social and emotional development it all depends on.

His book suggests that we are not contained, rational animals, but social animals whose drive and potential to succeed can be met by honoring the unconscious mind’s hunger to be lost in a challenge or a task, and to feel at one and in the moment. This last point can be summed up in one word: flow.

Jeremey Myerson is a academic and activist, the founding editor of the ’s Design Week publication, and author of more than a dozen books on design, technology, craft and architecture. His description of flow is inspired by the psychologist, Mihaly Csikszentmhalyi, as “the state of mind where the scale of the task and your ability to carry out the task are in balance’.

For Jeremy, being able to get inside a problem is the key to effectiveness. “Creatives have to sit and work things out, and that’s a solo activity. I think most people grossly underestimate how hard it is to work collaboratively.” Avoiding distractions is also key. “There’s a lot of pseudo urgency around that isn’t actually urgency at all. It’s the technology that allows us to be urgent. You have to learn to shut things out and remind yourself that you know who you are, you know how you work well, and then just create that environment for yourself.” 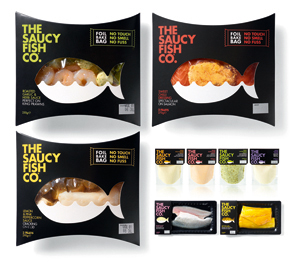 Volkswagen is one company that’s getting in touch with its emotions. The Fun Theory, a Volkswagen initiative, is a website “dedicated to the thought that something as simple as fun is the easiest way to change people’s behavior for the better. Be it for yourself, for the environment, or for something entirely different, the only thing that matters is that it’s change for the better.” It goes beyond selling cars and focuses on subjects including ways to encourage kids to wear seatbelts and people to take the stairs rather than the escalator–all in entertaining, innovative ways. 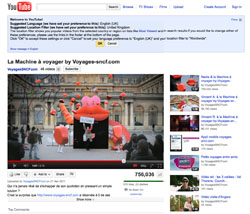 SNCF’s Escape Machine rewards the curious button-pusher with a ticket to their destination of choice.

SNCF, the French train company, are another great example of how to engage people’s hearts as well as their brains. Their Escape Machine, placed outside the in , is a brilliant piece of interactive media that rewards curiosity and bravery. It’s a large black box with a big red button, and those who dare to push it receive a ticket to their destination of choice.

Packaging is a great way to engage both the heart and the head. The Saucy Fish brand, created by Elmwood, has completely reinvigorated the ’s declining chilled fish category because it goes further than just selling the product. It removes barriers to purchase by gently educating consumers–explaining how to prepare, cook and serve fish–with eye-catching designs and punchy language, helping people see chilled fish as safe, simple and delicious. The brand, created from scratch, is now worth a projected £10million. 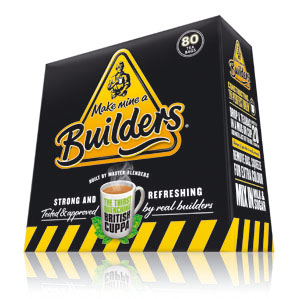 This tea brand was created, also by Elmwood, to break up the monotony of all the fruity teas saturating the market. It positions itself as ‘strong, refreshing and taste-tested by real builders’. The strength and colour of the tea itself is reflected in the cheeky personality, which stretches from the packaging and online touchpoints (Twitter and Facebook) to its on-pack promotions (e.g. blowing ‘down’ a building). It also partners with the Federation of Master Builders to support the ’s building trade. By bolstering their shelf presence with worthy causes and engaging online activity, the brand creates that vital emotional link that makes it more than just a tea brand.

The challenge is to accept that things aren’t going to go back to how they were, to reassess our shallow view of human nature, and recognize our own depths. We in the West are innovative and successful, but we’re also declining in status, power and prosperity. We need new approaches, products and processes. We need to place more value on entrepreneurship, and to see creativity as less of a cost and more of an investment.

The Future of Sustainable Packaging in the Cannabis Industry