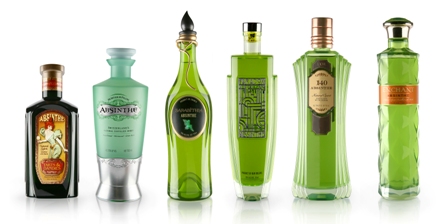 Once beloved, later demonized, banned for nearly a century, and now legalized, absinthe is a spirit in search of a package worthy of its epic story.
Originally conceived by a French doctor as a cure-all medicinal tonic, absinthe became the spirit of choice within the Parisian café society of the late 19th century, a period to become known as La Belle Époque – the beautiful era. Due to its potency (up to 140 proof), absinthe was commonly diluted with chilled water to release the fragrance and flavors within its aromatic herbs. Stories of the time evoked tales of the “green fairy”, a provocative, mystical woman with magical powers who would appear out of the cloudy perfume. For famous artists and intellectuals, absinthe was their green muse, the nectar of the poets, the vehicle to introspection and the means to enlightenment.
By 1910, French consumption of absinthe rose to 36 million liters per year, and it pervaded all classes of society. But spurred by the temperance movement and the efforts of the wine industry to regain prominence, absinthe was publicly linked with violent behaviors and was declared a hallucinogen, leading to the near-worldwide ban of the spirit that forced it underground and led the green fairy to vanish for nearly a century.
Vindicated through modern research, absinthe has once again been legalized for consumption. The United States lifted its ban in 2007. However, consistent with the image that led to the spirit’s banishment, many modern day absinthe packages portray a scary, dark and arguably demonic look. Of those packages that didn’t go dark, most lack distinction as they are commonly sold in a Bordeaux bottle.
As with the famous artists of La Belle Époque, the green fairy called upon Product Ventures and we tapped our graphic and structural package design talents to rediscover, capture and unleash the true essence of this intoxicating and misunderstood spirit. We conducted extensive historical research, interviews with master mixologists, contextual immersion into Parisian cafés and retro speakeasies of the Prohibition era to develop six design themes that capture absinthe’s multifarious nature. Each theme inspired distinct graphics and structures and unique brand names that work in harmony to translate absinthe’s story through compelling and memorable package designs. 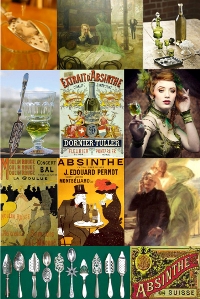 The concept Tarts & Dandiesis reflective of the Art Nouveau style of La Belle Époque with its illustrious posters and organic filigree. The package captures the heritage of the spirit’s heyday and gleans inspiration from the elegant accoutrements used in the ceremonial service of drinking absinthe. 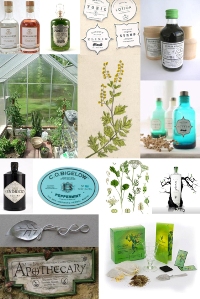 The concept ofMortier & Pilonis inspired by absinthe’s medicinal origins and natural herbal ingredients. The package is reflective of an apothecary-style bottle with glass stopper and metal nameplate. The name is French for ‘mortar’ and ‘pestle.’ 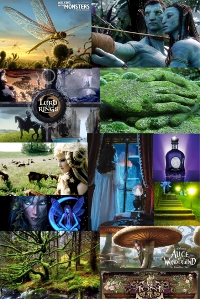 Inspired by the fable of the green fairy, this theme hints at the illusion that the spirit will take you on a journey to a mythical world.Sarabithiacaptures the essence of fantasy with its elfish details-a vinework necklace, finial closure, and a tree hollow-inspired black label with arched brow. The green fairy is applied as a holographic stamp enabling her illustration to glow. 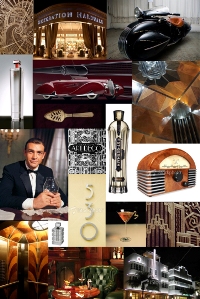 This theme suggests that only those who have the means can acquire this premium-priced and once-banned alcoholic beverage. As absinthe was outlawed in the United States just prior to Prohibition, Paradox and L’or are two concepts that embody the Art Deco style of that time.


Paradox’s graphics are a personification of this misunderstood spirit through the depiction of ornamental gateway with labyrinth details. L’OR’s use of “140” communicates the proof of the alcohol while suggesting that it could be an exclusive address to a speakeasy. As absinthe is commonly served by drizzling chilled water across a sugar cube resting on a slotted spoon, L’OR’s cap includes a component that converts into a slotted spoon which promotes the celebrated ceremonial ritual. 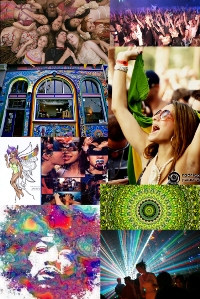 This theme conveys absinthe’s alleged status as a beverage with psychotropic effects and as the catalyst to introspection, self-expression, pleasure and satisfaction. The concept ofEnchantsuggests the psychedelic effect of this intoxicating spirit and its ability to release inhibitions. The faceted nature of the bottle creates various reflective interpretations, conveying a premium look similar to fine crystal stemware.BP

Peter Clarke is the founder and CEO of Product Ventures, renowned design agency to the world’s leading companies and their best known brands. Clarke has been called “the packaging design guru” by BrandWeek. He is sought after by the media and has been featured on CBS ’ The Early Show, Fox Business News, and as a design blogger for Fast Company.