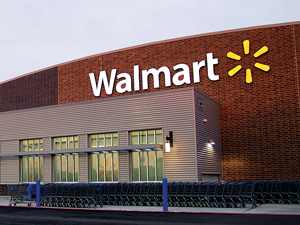 There were several shifts in the U.S. top 10. Walmart is still number one by a huge margin, with a brand value greater than $139 billion, down 2% from last year. Target holds on to the number two position with a value of $23 billion, up 1% from 2011. The Home Depot maintains its hold on number three, while CVS/pharmacy moves up to number four, surpassing Best Buy, which experienced an 11% decline in brand value and falls to number five on the list.