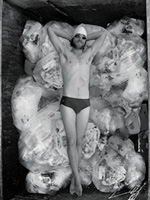 In America, even the dumpsters are filled with food. That’s a line from a documentary called Dive!, which follows director Jeremy Seifert and friends as they sift through the garbage receptacles of Los Angeles supermarkets to salvage thousands of dollars worth of edible food. The film sheds a spotlight on the problem of food waste and serves as a call to action: The director hopes to empower individuals to reduce their own waste and to press grocery stores and the foodservice industry to find alternate means of disposing expired, blemished or uneaten prepared foods. The unasked question, of course, is ‘how can packaging take on a bigger role in all of this.’ (Dive! The Film: Living Off America’s Waste, www.divethefilm.com)