The company applauds packaging’s value for the last 25 years. 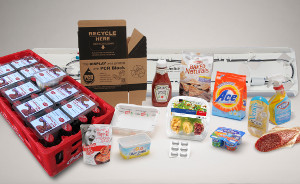 “Twenty-five years ago we saw the DuPont Awards for Packaging Innovation program as an opportunity to connect with this vibrant industry and to champion collaboration as a critical component in innovation,” says William J. Harvey, president, DuPont Packaging & Industrial Polymers. “Twenty-five years later — as we look back at breakthrough winners and celebrate this year’s winners — it’s clear that collaboration remains central to bringing innovation to market.”

This year’s top winner epitomized collaboration and showcased how packaging adds value, according to Shanna Moore, leader of the DuPont Packaging Awards program. AidPod was developed by pi global for ColaLife, an independent non-profit organization that leverages The Coca-Cola Company distribution network to get medicines and instructions to remote areas. The AidPod is a self-contained anti-diarrheal kit that tucks between bottles in Coca-Cola crates. This winning-generation AidPod has evolved to become part of the kit itself, serving as both a single, measured dose mixing and drinking vessel.

"It's not just small packages that good things come in — it's clever ones, too," U.S. Senator Chris Coons says. "The AidPod is proof that the combination of ingenuity, innovation and inspiration is powerful enough to overcome the world's greatest humanitarian challenges. ColaLife and pi global's pairing of smart packaging with an effective distribution platform has enormous potential to make a real difference in sub-Saharan Africa." Senator Coons is chair of the U.S. Senate Foreign Relations Subcommittee on African Affairs.

As part of the quarter-century celebration, DuPont highlighted past winners, in infographic form, whose breakthrough projects ushered in significant societal change and looked ahead at how packaging can shape society’s future. The event also honored past winners who have won five or more times with a DuPont Innovation Award. “The 25th anniversary event was a chance for packaging to shed its ‘silent hero’ role, step into the limelight and accept the accolades,” says Moore.

The DuPont Awards for Packaging Innovation is the industry's longest-running, global, independently judged celebration of innovation and collaboration throughout the value chain. Each year an esteemed panel awards diamond, gold or silver honors based on "excellence" in one or all of three categories: Innovation; Sustainability; and Cost/Waste Reduction. This year the independent judges granted one diamond, four gold and 10 silver awards for packaging in a diverse set of markets. Click here for complete descriptions and images.