How Big Are Amazon’s Warehouses?

Staggering stats even by Amazon standards

Amazon has come a long way since its first warehouses were built in 1997. Now, the e-commerce giant has hundreds of warehouses for numerous distribution purposes throughout the United States and has even branched out into other countries, such as Canada and Germany. As of 2021, Amazon’s fulfillment centers average about 800,000 square feet in size. The total number of Amazon warehouses in the United States, both current and confirmed, have amassed approximately 319 million square feet. 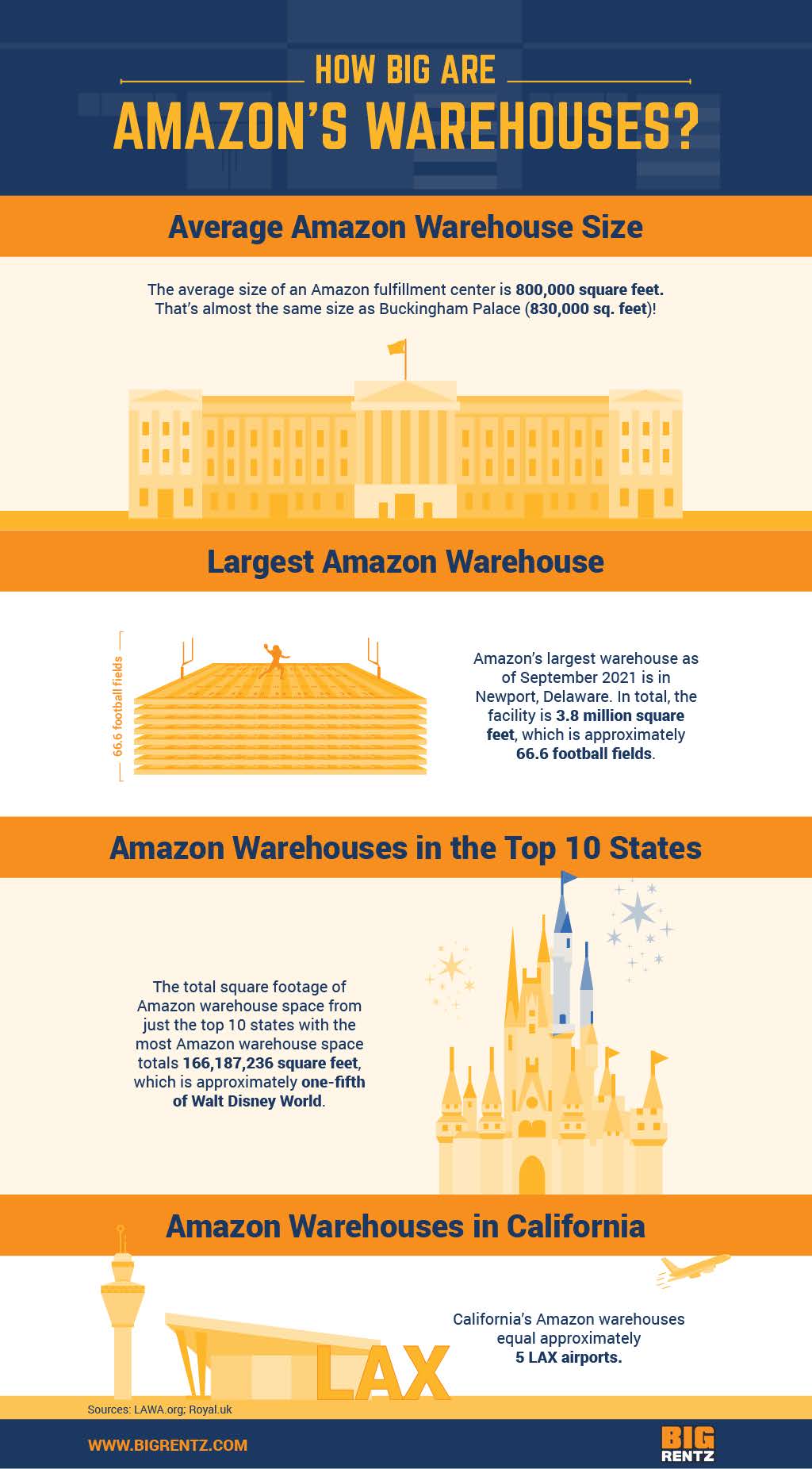