Recent research from Perception Research Services (PRS; www.prsresearch.com), a shopper and packaging research company, shows that shoppers are combining the digital and non-digital worlds when it comes to making product purchases, rather than exclusively utilizing one or the other vehicle.

PRS’ research reveals that ownership of smartphones now outpaces that of traditional mobile phones. More than half (54%) of the shoppers surveyed own a smartphone (versus 45% for traditional) and a majority (76%) use them while shopping. 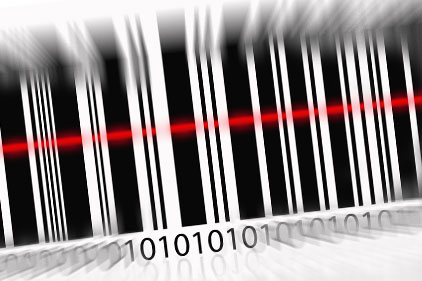 While smartphones are used by some to make purchases, they’re mostly used to gather information. Roughly half of those who do use their smartphones while shopping use them to check prices, find promotions, read product reviews, or get product information. The most common categories to shop with smartphones are electronics (64%), consumer packaged goods (57%) and clothing/apparel (54%).

It appears that the use of QR codes may be playing a role in shopping with smartphones – especially for gathering product information, comparing prices and seeking promotions. Although not broadly known by name (only 57% are aware of the term “QR code”), most (94%) recognize them when seeing one, and nearly half (44%) of those who use smartphones while shopping have used QR codes. This number will only go up as QR codes become more widespread and their functionality becomes more meaningful.

The PRS study also examined “showrooming” – the phenomenon of examining a product in a store but purchasing it online. Showrooming has gotten a lot of attention in the press and many big box retailers are concerned about their stores being used as a convenient display area for the products of online sellers.

The data shows that about half (45%) of online purchases are made after viewing the product in a store – and it is very much dependent on the type of product. Showrooming occurs mostly for big ticket items that are purchased infrequently such as electronics, appliances, and baby products. The amount of money that can be saved makes spending the extra time and effort worthwhile, but shoppers also want to be sure that the products meet their requirements.

“While the digital age has changed the retail landscape, it does not mean the end of all brick and mortar stores as we know them. It does, however, mean that retailers and manufacturers need to adapt to a world in which shoppers are armed with a tremendous amount of information at their fingertips (literally) – about the brand to choose, the price to pay and the place to buy,” says Jonathan Asher, executive vice president at PRS. “Retailers know that they will continue to lose a certain amount of sales to online purchases, and they must accept that some showrooming will occur. The key is to find ways to capitalize on those opportunities in which shoppers are in their store examining products, and make it compelling for them to make purchases there rather than go online – or to some other retailer – to do so. And manufacturers must go beyond simply communicating features and benefits, and find ways to more fully engage shoppers by creating communities in which shoppers feel cared about and spoken to – via the various communication channels that are now part of their lives.”

This research was conducted in June 2012 among 1,450 consumers drawn from a nationally representative online sample of adults aged 18 or older who are responsible for at least half of household grocery shopping.