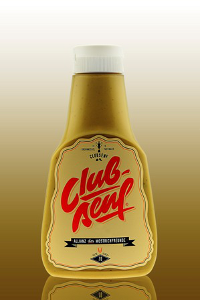 Tsac Vertriebs GmbH from Essen has introduced a spicy mustard onto the German market in a squeezable container from RPC (www.rpc-corby.co.uk), with the slogan: “We cut the mustard!”

After the successful introduction of curry sauce and ketchup the product innovator from Essen has now launched its Club-senf variety for mustard lovers.

Club-senf is characterised by natural ingredients such as aromatic parsnip, spicy nettles, pink pepper, and rosemary. It can be used with sausages and barbecued food, and can improve sauces for fish and meat dishes.

Club-senf is gluten and lactose free and does not use preservatives or flavour enhancers. Due to the protective multilayer bottle made by RPC, it remains non-perishable even without the use of additives. The practical 250ml squeezy bottles have been on retail shelves since September.

However, Club-senf made its first public appearance in August 2012 at the Essen Stadium, at the match between the red and whites of Essen and SSVg Velbert.

Tsac’s Managing Director, Tim Koch comments: “We have an optimal set up with Club-senf, the approach is right and everything is running smoothly. With Club-senf we have reached our goal – we are finally cutting the mustard!”

Fresh Express cuts plastic in half

Maple syrup squeeze bottle will be available in over 300 Stores

Sustainability: Implications of the biggest trend in the containers and packaging market

The NEW Launch Plan: 152 Tips, Tactics and Trends from the Most Memorable New Products