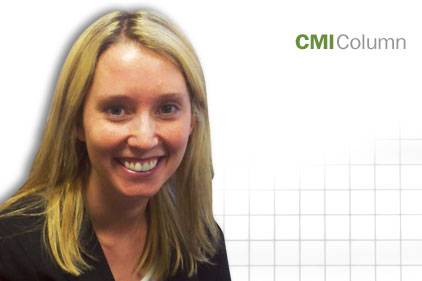 Americans throw away spoiled fruits and vegetables two times a week on average, wasting approximately 15-20% of fresh fruits and vegetables every year, according to recent studies by the Natural Resources Defense Council. In fact, a study by the University of Arizona and United State Department of Agriculture (USDA) noted that 40-50% of all harvestable food in the United States is discarded, which amounts to approximately 34 million tons of food annually. What may be most troubling about this trend is that it doesn’t seem to be slowing down. The Natural Resource Defense Council reports that food waste has increased by 50% since the 1970s, costing the U.S. economy more than a $1 billion each year.

A recent study by the USDA Economic Research Service examined fresh, frozen and canned varieties of various fruits and vegetables to determine the differences between food purchased and food consumed. The study measured food waste associated with cooking, as well as uneaten food thrown away. Canned varieties had the lowest consumer-level loss for many of the products examined. When testing sweet corn, only 7% of canned corn was wasted, compared to fresh, which had 32% consumer-level loss, and frozen, with a 36% consumer-level loss. Similarly, canned peaches had an 8% consumer-level loss, versus fresh, at 42%, and frozen, at 35%. Canned fruits and vegetables are picked and packed at the peak of ripeness. The can’s optimized vault-system seals in the freshness and nutrition of products until consumers are ready for consumption. Those products remain safe and delicious until they’re taken off the shelf, which results in less waste. What’s more, canned fruits and vegetables are often full of more nutrients than their counterparts because the nutrition of the freshly picked products is locked in. The Journal of the Science of Food and Agriculture confirmed that canned peaches pack as many nutrients as fresh—and retain nutrients much longer.

Consumers are recognizing the importance of choosing food that is packaged in environmentally friendly materials as well. A recent study commissioned by MindClick Global found that two-thirds of consumers preferred steel cans when asked about the sustainability of food packaging choices. Additionally, steel cans are the preferred packaging by a factor of three-to-one, based on product features of recyclability, quality of taste, shelf life, safety and nutritional value. With a 72% recycling rate and 80-90% of all steel ever produced still in use today, food cans help to reduce the amount of unnecessary packaging material going to landfills.

Cans are a logical solution to the fight against wasteful behavior. Cans are endlessly recyclable, which means that a can can be recycled again and again, forever, without loss of strength or quality. The products protected by cans stay fresher, safer and full of more nutrients because the goodness is locked in. Cans are the smart and sustainable solution.

CMI is the national trade association of the metal can manufacturing industry and its suppliers in the United States. The can industry accounts for the annual domestic production of approximately 124 billion food, beverage and other metal cans; which employs more than 28,000 people with plants in 33 states, Puerto Rico and American Samoa; and generates about $17.8 billion in direct economic activity. Its members are committed to providing safe, nutritious and refreshing canned food and beverages to consumers. To learn more about cans, the sustainable and smart solution, visit: www.cancentral.com/sustainability

Megan Daum, vice president of sustainability at the Can Manufacturers Institute (CMI)