Overflowing landfills. Finite natural resources. The environment overall. The reasons to be more sustainable are clear, though, unfortunately, not always easily resolved. But that’s not stopping eco activists from pushing for more sustainable packaging from brands, and coming up with creative ways to prompt them to act.

“Activists are getting increasingly savvy advising companies on sustainability, in some cases providing an ‘on the ground’ view where companies may have blind spots,” says Jennifer Biringer, director of client services at SustainAbility, a strategy consultancy and think tank.

One way of doing so is by approaching companies as shareholders, which gives activists a louder voice. As You Sow recently used this method to reach out to brands like Starbucks and Coca-Cola.

The foundation starts with a phone call, identifying itself as a shareholder and asking the company to discuss the issue at hand. If that’s not enough to get the brand to act, it then files a shareholder proposal, which puts the issue on the company’s proxy statement and forces a vote at an annual meeting. 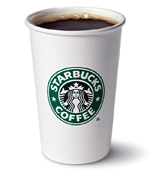 A Tall Order for Starbucks

Recently, As You Sow, acting as a Starbucks shareholder, requested that the company institute a more aggressive recycling initiative and set more specific recycling goals. The company has already set a goal to ensure 100 percent of its cups are reusable or recyclable by 2015; however, As You Sow, together with other environmental organizations, was looking to press Starbucks for a goal of what percentage of cups it would commit to recycling as a company within the next few years.

But setting a recycling goal isn’t as easy as it sounds. Because Starbucks has worldwide retail locations, there are great variances in local recycling capabilities. Plus, its use of a thin, plastic coating in its cups to retain liquid makes recycling more difficult than usual. Starbucks said in a company statement that it is working with local municipalities, stakeholders, supply chain experts, academics and NGOs to develop a comprehensive recyclable cup solution.

“We know we can’t solve this problem simply by purchasing cups that are labeled ‘recyclable’ or ‘compostable,’” says Jim Hanna, Starbucks director of environmental impact. “We have to ensure our customers actually have access to recycling services at their homes, at work, and in our stores. We’ll only be successful if the various businesses and organizations that touch this issue are aligned and equally motivated to take action.”

Likewise, increasing the cups’ sustainability relies on increasing consumers’ use of reusable cups, the company says.

To BPA or not to BPA

Similarly, in October 2009, Domini Social Investments, As You Sow and Trillium Asset Management Corp. filed a shareholder proposal requesting that Coca-Cola issue a report by Sept. 1, 2010, to update investors on how the company is responding to public concerns about the use of BPA in its cans. The proposal was voted down at Coca-Cola’s annual shareholder meeting in April, but in this case, 22 percent of shareholders supported it.

According to As You Sow, these numbers are encouraging because, admittedly, it’s challenging to get affirmative votes. In fact, the SEC requires just three percent shareholder approval to revisit the subject at the next year’s meeting.

“Once you get past 10 to 11 percent, companies are much more willing to sit down and talk with you,” says Conrad MacKerron, senior program director of corporate social responsibility program at the As You Sow Foundation, “because I think they realize you’ve gone beyond the progressive shareholder community and you’re beginning to get votes and support from some of the mainstream institutional investors who are thinking that this is actually a risk, this is a problem the company needs to fix.”

At the very least, it’s enough to get companies’ attention.

Bisphenol A, or BPA, has been questioned recently not only by consumers, but also by the FDA due to its possible impact on human health. At Coca-Cola’s annual meeting, a representative from Domini Social Investments presented information on the potential risks of the chemical, pointing out that some manufacturers have eliminated BPA from baby and sports bottles, and some U.S. states and cities have banned the use of BPA in certain food and beverage packages. The group suggested that Coca-Cola could face liability or reputational risks by not disclosing BPA’s risks to consumers. The chemical is currently used in the lining of Coca-Cola cans (as it is in most every food and beverage can).

Coca-Cola's response to the request was to reassure shareholders about the quality and safety of its products, saying that BPA is widely used in packaging because it extends shelf life and acts as a safeguard against contaminants. And that no regulatory agency responsible for food safety and public health has placed any restrictions on the use of BPA in canned food or beverage packaging for adults.

Coca-Cola also stated that an adult would have to consume at least 7,400 12oz. cans per day to even get close to the BPA limit placed by the Canadian, U.S. or European governments.

While it didn’t make inroads on this issue, As You Sow says it has received positive responses to its proposals from Coca-Cola in the past. When the group approached Coca-Cola about using recycled content several years ago, it says the company committed to use at least 10 percent recycled PET in all its bottles sold in the U.S. by the end of 2005. In 2007, Coke also agreed to recycle 50 percent of its own PET plastic, glass bottles and aluminum cans by 2015.

And while approaching brands as shareholders is a creative way to get a brand’s attention, other organizations take a more grassroots approach. 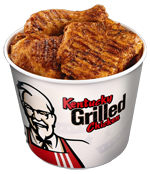 Ten years ago, Dogwood Alliance, a forest protection organization in the southern U.S., pushed Staples to be the first in the office supply industry to source its paper sustainably. After two years of campaigns, including more than 600 protests in front of Staples stores and a public service announcement by the rock band REM, Staples announced its adoption of an environmentally friendly paper procurement policy.
This April, the Dogwood Alliance turned its attentions on KFC, asking the fast food provider to make its famous paperboard buckets more sustainable. To get the company’s attention, this group launched a campaign that it dubbed “Kentucky Fried Forests” and asked consumers to contact KFC’s CEO and request more sustainable packaging.

The retailer says it is currently committed to certifying more than 90 percent of its paperboard packaging through the Sustainable Forestry Initiative by May 2010.

However, for the Dogwood Alliance, that’s not enough.

“We’re asking KFC to transition its sourcing from paper that’s made from 100 percent virgin tree fiber to post-consumer fiber that has been certified to the high standards of the Forest Stewardship Council, which is the only forest certification system that exists today that really provides sufficient safeguards from forests,” says Danna Smith, executive director of Dogwood Alliance.

The organization is also looking for KFC to reduce the amount of paper in its packaging and to increase its recovery of waste.

Since the launch of the campaign, the Dogwood Alliance reports that more than 10,000 people have contacted the CEO.

“We feel like KFC has a real responsibility and also a real opportunity here to lead the industry, to lead the fast food companies in a more sustainable direction,” Smith says. “And we’re hopeful that if we get KFC onboard, that other companies will follow.”

Of course, the push for more sustainable packaging isn’t exactly a new concept. At this point in time, it’s likely that most brands are conscious about being more eco-friendly with their packaging. And even though it’s not easy going green, brands are stepping up-though sometimes it’s the result of a not-so-gentle nudge from activists who are finding a variety of ways to have their say.

Where to go for more information...
SustainAbility, www.sustainability.com

Cannabis: No One Under 5 Admitted

Hot Tamales is on Fire!