A Future in Store

Order Reprints
No Comments
The mobile shopping revolution was thought to mark the demise of the physical store. But bricks and mortar will prevail-just with an entirely new outlook.

Technology has made nearly everything shoppable in recent years, from billboards to social media sites. And, if the 2010 holiday shopping season is any indication, it’s serving as an increasingly important tool for consumers making purchasing decisions.

This past holiday season marked the point when smartphones and other interactive technologies switched from “novelty to something that the average shopper [was] excited about because of the utility that technology affords,” says Alexandra Smith, a global analyst at Chicago-based market research firm Mintel.

Shoppers were far more engaged in these technologies than ever before-scoping out deals, comparing prices and sending wish lists to friends. But Smith warns that they’re not a panacea: The technology itself needs to outshine novelty. “[Ask yourself] what more information can you empower the consumer with, not what can you entertain them with,” she advises. “Marketers have gotten distracted by technology, somewhat stuck in the flashiness of it.”

As an antidote, many experts are advising brands and retailers to remember the more traditional aspects of retail: the critical social and tactile elements of shopping, in which the physical store plays a leading role. 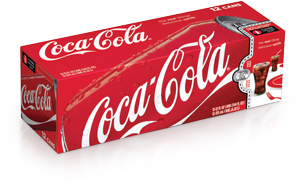 London’s School of Life sells ideas, in the form of personal fulfillment classes, along with an edited selection of books, foods and gifts. It’s just one example of how physical stores are pushing consumer engagement further than ever before.

Consumers are still “looking for real-world connections,” says Jo Murphy, senior consultant at trend analyst GDR Creative Intelligence in London. “Although many live their lives through multiple social-media platforms, the experience of interacting face-to-face with friends and like-minded strangers is an integral part of the social experience,” she says. “The retail space can facilitate these interactions-serving as a community hub and gathering point.”

Of course, the idea of a retail store functioning as a third space-where consumers go to hang out and meet friends-is not a new one (think coffee bars and in-store cafés). However, Murphy says savvy retailers are trying to extend consumer dwell time by offering more immersive experiences. “We’re now seeing initiatives that push the level of consumer engagement much further,” she adds.

London’s The School of Life, for instance, represents a revival of the age-old “salon” concept, where people come together in hosted gatherings to share ideas around a topic or purpose. The School of Life’s modern iteration includes “personal fulfillment” classes, group meals and a curated selection of wares for sale in a retail setting.

In Chicago, the Sears-owned Craftsman brand runs The Craftsman Experience, a retail store with hands-on project stations, live demos and clinics for DIYers of all skill levels.

Such offerings only make more glaring what Mintel’s Smith calls a “missed opportunity” in retail today-some “white space” given the recent years’ emphasis on price. “We’re starting to see consumers wanting to have fun in the store again,” she says. “It’s not just about walking around, crunching numbers and comparing prices.”

There is a definite opportunity for brands to go in the opposite direction of all the tech-enabled retail offerings, Smith says, “or [at] least offer a counter-balance effect.”

With a little more focus on the physical store experience, Smith and others are optimistic that bricks and mortar can do just that.

“The physical store will remain the cornerstone of how brands touch consumers,” says Joseph Bona, president of branding firm CBX’s retail division in New York, “It will continue to evolve and continue to be more experiential to drive interest and usage.”

But, Bona warns, the job of engaging consumers won’t be an easy one moving forward: “To retain that vital role in the consumer goods marketplace, stores must remain places that engage, entertain and energize consumers in a way that online can never deliver.”

The go-to example is, not surprisingly, Apple, which offers skills workshops, “Genius Bar” tech support and camps and field trips for local youth groups inside its stores. Besides topping most lists for best shopper experiences, this fall-amid the rampant iPad supply fears-the company set a new quarterly foot traffic record. The company reported having 74.5 million people visit one of its 300+ stores worldwide-a figure that, to put it in perspective, surpasses the number of Disneyland and Disney World visitors combined.

Only a small percentage of these visitors purchased anything, but Apple has clearly engaged them, offering an entertainment and a social gathering spot that, in all probability, translates to purchases down the line. Setting up the physical store as a brand ambassador-a setting to convey values and serve as a hub of inspiration and exceptional service-is something any brand would be wise to emulate. 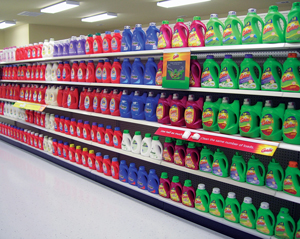 Bring the Store to Consumers

That’s also why brands are taking the effort to bring the physical store experience to consumers in most any setting they can. Once used primarily for seasonal shops like Halloween stores, temporary pop-up stores have become a go-to strategy for traditional retailers to more creatively connect with consumers. For instance, Toys “R” Us took advantage of empty mall spaces by opening more than 600 Toys “R” Us Express pop-up stores, including a handful of FAO Schwarz-branded shops (a brand the retailer recently acquired), this holiday season.

“We are used to sticking product on the shelf and hoping someone samples it. But, [now], we are much more focused on finding the customer we want, and in a creative way,” says Paco Underhill, chief executive officer of retail consulting firm Envirosell in New York.

Some retailers are taking the temporary store concept and popping up in less-expected locations, like fairs, events, large, heavily populated public spaces or, in the case of the Unilever-owned Marmite brand, within other, desirable retail locations.

Over the holidays, Marmite operated pop-up shops inside luxury British department store Selfridges in London, Birmingham, Manchester and Trafford. The more than 150 products offered in the shop focused on the Marmite brand truth-you either love it or hate it (or love to hate it)-and, at the same time, aligned the pedestrian grocery staple with a much more aspirational retail brand. 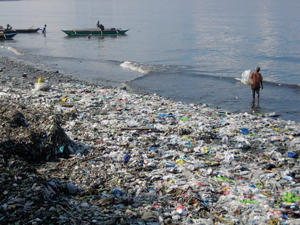 Retailers can rethink services to make their physical stores more relevant. Swiss Farms convenience stores offer a drive-thru service for moms: They simply roll down the window, hand over a list and someone inside collects the goods.
Convenience is another element that will remain an important driver in the physical store experience. While it’ll likely never compete with the high level of ease that online shopping affords, GDR’s Murphy says “there is much room for brands and retailers to shape their physical service solutions into something time-saving and truly memorable.”

Consider the Philadelphia-based Swiss Farms convenience store chain and its drive-through service aimed at moms: roll down the car window, hand over a list and have someone inside collect the goods.

An effective service strategy can be big and bold, Murphy says, or it can involve a simple detail that elevates the entire experience. 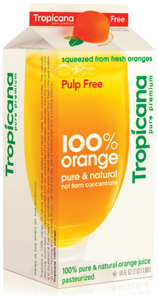 Stop & Shop gives shoppers a handheld device they can use to scan and bag their goods as they shop-“anywhere” checkouts that enrich the physical store experience.

Of course, when considering the in-store experience, consumer interest in and use of technology is not likely to decline.

“Technology makes it possible for us to enjoy more than one dimension of the experience simultaneously,” Murphy says. “It has enormous capacity to enrich the physical retail space and its applications are infinite.”

Chicago’s Craftsman Experience store, for instance, offers entertainment and inspiration by streaming video broadcasts of its in-store happenings on the Internet, including interviews with special guests and project experts and call-in Q & A sessions with viewers from the web. The offline-online integration creates an experience unlike anything consumers would find within a Sears store, where Craftsman tools are normally found.

Social media technologies are also finding their way into retail. Campbell’s Soup printed special codes on its condensed soup labels that shoppers could scan and then use to upload photos, videos or just post their thoughts for others to discover on Twitter, Facebook and other similar sites. And PepsiCo recently partnered with location-based service Foursquare to offer consumers who “checked-in” at a Hess gas station a special combo deal on its Brisk and Frito-Lay brands.

“As smart phones proliferate and as phenomena like [Foursquare and] Facebook Places grow, consumers are likely to embrace the idea of checking-in to physical places and objects,” says GDR’s Murphy. “They’ll do it because of compelling ‘just in time’ context-sensitive incentives which will take purchase history into account.”

New in-store technologies also help to aid product selection and facilitate in-store navigation. Luxury beauty retailer Sephora encourages shoppers to research the products it sells with an iPhone app that allows them to read product information and reviews at the shelf. JC Penney offers in-store kiosks that let people also shop its website while they’re in the store. In food retailing, Meijer provides an app that helps shoppers navigate the store, while Stop & Shop gives shoppers a handheld device they can use to scan and bag their goods as they shop-“anywhere” checkouts. The scanners are also set up to trigger product offers based on purchase histories.

Companies that use technology to ensure consumers find what they want will “be the ones that come out on top,” says CBX’s Bona. Technology will continue to influence how we shop brick and mortar retailers, but it should enhance the shopping experience, not replace it.

Certainly, there are particular demographics that will more completely embrace technology to magnify the shopping experience. According to GDR’s Murphy, “digital natives,” those under 30 who have grown up with technology, are enabled by new mobile tools and technologies. “[They] canvas group opinions before making purchases,” she says.

However, brands would be wise not to overlook the “digital immigrants” (those for whom the use of technology is not yet second nature). And for this set of consumers, Murphy says, nothing beats the face-to-face service that physical stores afford.

And so, the future of stores seems to be in finding the right mix: Playing up the tangible strengths of physical stores with experiences that stimulate, educate and inspire, while, at the same time, integrating digital and technology strategies in ways that are complementary.

The experience, however, must reinforce core brand values if it is to be met with enthusiasm from today’s well-informed consumer. And, now more than ever, that online-offline convergence must also be seamless.

“Historically, retailers have conceived themselves as silos-catalogues, online, physical store-[but] now they are recognizing that they are seen as an integrated whole,” says Envirosell’s Underhill.

That holistic mindset is something that can alter the entire brand and retail experience. Until now, brands and retailers have typically focused on category-by-category evolutionary change. But, according to Underhill, the technology revolution is bringing that category management way of thinking to its “logical end.”

“The concept of backing into the future based on information we gathered in the past may not make sense any more,” he says. To prosper, he says, brands and retailers can’t be in the business of just generating category data, but of generating change.

Where to Go For More Information

Losing out in the In-Store Chaos?

Household Packaging: The Future is in the Design and Label