When the package becomes the product 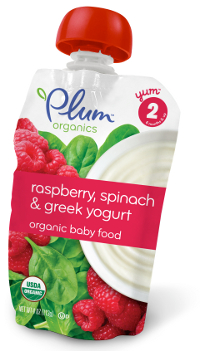 To innovate in the crowded space of consumer-packaged goods, companies spend countless hours of effort optimizing their products to make them more desirable to consumers. But what happens when they’ve made the stuff inside the package as good as can be? One strategy is to offer more of it, of course (Now With 30% More!). But that technique only goes so far and likely cuts into the bottom line in categories that already have razor-thin margins.

Here at Continuum, a global design and innovation consultancy, we are seeing more and more packaged goods companies turning to innovating their packaging as much as the product inside in an effort to capture consumer demand. By understanding their consumers’ needs and behaviors, companies can add value to a product by creating a package that delivers a better experience. In some cases, in fact, you could even say that a new package can create a new product, one that meets a new need and is experienced by the consumer in an entirely new way. 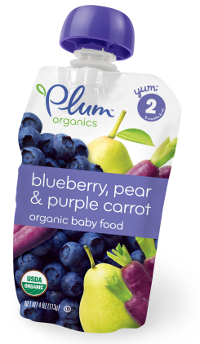 There are many examples in stores right now of how companies have successfully used this idea to take a great product and re-invent it to meet the ever-changing needs of consumers. Plum Organics is an example of how a company has not only responded to user needs and behaviors to create a new product, but has also transformed a whole category of products. In 2008, Plum Organics introduced squeezable baby food containers as a way for parents to feed their kids on-the-go. As they became more popular, however, parents began using them for convenience at home as well. Rather than the time-consuming, and often messy, method of feeding children baby food by spoon, parents are able to hand the packages to babies as young as four months old to feed themselves using a natural sucking reflex long before they can master a spoon, helping to foster a sense of personal control in the process. While some parents have balked at the impersonal feeding technique, others have latched on. Between 2008 and 2011, Plum Organic’s revenues grew from $923,000 to $38 million. The company’s success moved major baby food companies such as Gerber and Earth’s Best to develop similar pouch packages, which have since reported double-digit or triple-digit sales growth.

These companies, meanwhile, have been able to charge a premium for their products—which run on average twice as much as regular baby food, partly due to the higher production costs for this kind of package. Consumers, clearly, are willing to pay more for the added convenience. This can be key to consumer-goods companies competing in crowded markets.

By creating a new package that matches consumer behavior, companies can differentiate themselves in the marketplace, and give consumers a new reason to choose their brand over their competitors’. Given these powerful incentives, the next time a company is trying to create something “new and improved,” it might want to take a step back look at their current products and the way people are using them. Sometimes by changing the package you can create a whole new product.

Christine Horan is a Principal at Continuum. Continuum is a global innovation and design consultancy.

The perfect package: How the right product packaging can fast track success