Beatson Clark is joining the craft beer revolution by producing a bespoke bottle for Brooklyn Brewery. 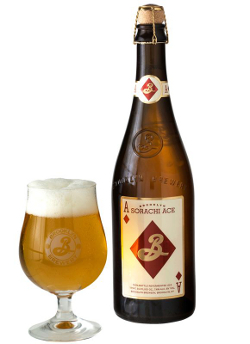 Local 1, Local 2, and Sorachi Ace are part of Brooklyn Brewery’s family of Big Bottles – special brews that are 100% refermented in the 750ml amber glass bottle and capped with a champagne style cork and wire closure. Brooklyn Brewery operates the largest bottle refermentation program in the United States.

It will also use the elegant embossed bottle for special releases including Black Ops, Wild Streak, and Silver Anniversary Lager.

The brewery is celebrating its silver anniversary this year and now exports to 20 countries including Sweden, the UK, Canada and Australia.

Eric Ottaway, general manager of Brooklyn Brewery, found a British company, Beatson Clark (beatsonclark.co.uk), with the design and production skills to produce a premium bespoke bottle for the beers.

“We wanted a custom-made bottle to properly showcase the 100% bottle refermented beers we are making,” he says. “When we turned to Swedish distributor Blueglass - Sofomec, they worked with Beatson Clark to provide a competitively priced but super premium bottle. We’re delighted with the end result.”

“This bespoke premium bottle is a great example of the flexible service we offer,” says Lynn Sidebottom, sales and marketing director at Beatson Clark.

“We specialize in small production runs for niche products and can generally run a quantity of approximately 500,000 units, depending on bottle size, for a completely new design.

“A more cost-effective option, with reduced mould costs, is to emboss a brewery’s name or logo on a standard container from our general sale range,” Lynn continues. “This allows us to produce in even smaller volumes: our minimum order for embossing standard bottles is around 150,000 units when run at the same time as the plain version of the container.”

Blueglass – Sofomec are a leading distributor of glass packaging in the export market and have been working in partnership with Beatson Clark for the last five years.

“Premium products like the Brooklyn Beer are a perfect fit for both companies,” Lynn adds. “We are looking forward to working together on many similar projects in the future.”