When Brands Get Plastic Surgery... 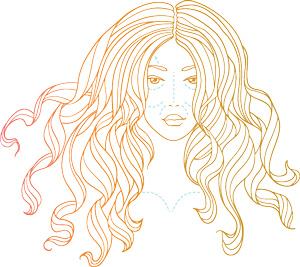 The other night, I was reading a marketing article in bed about the new Twitter logo when I looked over to see my wife reading a “before and after” plastic surgery article in US Weekly. Ironically, our articles had something in common … because what Twitter did — dropping its Twitter type and going to a single bird symbol — was tighten things up in the hopes of tweaking its image overall.

Logo redesigns prove that celebrities aren’t the only ones going under the knife these days. Brands constantly want to alter their images, and the changes range from subtle to dramatic. As a brand consultant, I’ve sat in more than one meeting where a client said, “We’d like to move away from our visual brand equity.” In these cases, we encourage clients to take a step back and look strategically at why they are making these moves — is it to appeal to a different audience or achieve a new business goal? Does it really make sense for their brands? I’m wondering if plastic surgeons in Beverly Hills do the same. Here are five examples of recent brand redesigns that brought celebrities' surgeries to mind:

NOSE JOB
> J.C. PENNeY
To move away from the poor product expectations that became synonymous with its brand, J.C. Penney kept its font but abbreviated to initials placed in the upper left corner of a square. This rejiggering of parts reminds us of actresses whose nose jobs alter the very thing that made them accessible: their imperfections.

FACELIFT
> PEPSI
By changing its iconic logo to reach a new generation, Pepsi essentially said, “Give me back my youthful image.” Certain iconic actresses have taken similar steps to compete with young beauties, and though their new looks may be hard to swallow at first, eventually their fans jump on board with the change and love them even more than before.

BOTOX
> Starbucks and Target
Ever look at a famous celebrity and think, “Hmm … there’s something different about that face, but I can’t tell what it is.” That’s what Starbucks and Target both did last year — smoothed out a few wrinkles by getting rid of the Target and Starbucks type. These brands are already so respected and established that these moves were subtle, seamless and without controversy. We happen to think the logos look a helluva lot better now.

IMPLANTS
> THE GAP
Some brands “go under the knife” only to flip-flop on their decisions shortly thereafter, a la actresses' implant choices — in, out and then back in again. Whereas the old Gap logo looked distinctive and elegant, the new 2010 logo kept one small element — the blue box — and then downgraded the rest of the logo. But a few days after unveiling the new look, the brand reneged and went back to the old.

Multiple procedures
> TROPICANA
Some celebrities — you know who I’m talking about — have had so much surgery that it has rendered them virtually unrecognizable. And that's what happened to Tropicana in early 2009, when the agency working on the brand wielded the knife so liberally as to do away with any semblance of the company people knew and loved. With people unhappy with the rebrand, Tropicana broke under pressure and reverted back to its original design.

But the truth is, sometimes the brands with the most equity are the ones that haven’t had any surgery at all — that stay “au naturel,” if you will. Companies like Heinz, Campbell’s and Coca-Cola have all aged gracefully, and kept their logos relatively the same for many decades. I’d say that’s working for them, no? After all, how many brands can say they were the subjects of iconic Andy Warhol paintings?

Nostalgic Packaging: Those Were the Days

Rick Barrack, chief creative officer/partner, is the lead creative force and one of the founding partners of CBX, where he is responsible for inspiring, directing and motivating the company’s creative teams to develop powerful design solutions. He has close to 20 years of experience in corporate identity and consumer brand identity design, and has led major design initiatives for companies such as IBM, Hewlett Packard, Petro-Canada, ExxonMobil, Johnson & Johnson and Del Monte Foods. Contact Rick at rick@cbx.com.

Nostalgic Packaging: Those Were the Days