Most packaging and material handling professionals understand that a unitized pallet load stabilizes and protects the load more effectively than when the load is not secured to the pallet as a single unit, all else being equal. But since every company, facility, packaging line and budget are not equal, the decision to unitize pallet loads or to allow product to sit on the pallet untethered often becomes based on a series of pros and cons. Safety, speed, labor needs, the value and nature of the load, and cost top the list. The decision to automate the unitizing process with a stretch wrapping machine or to require workers to perform the task manually also involves a similar balancing act. 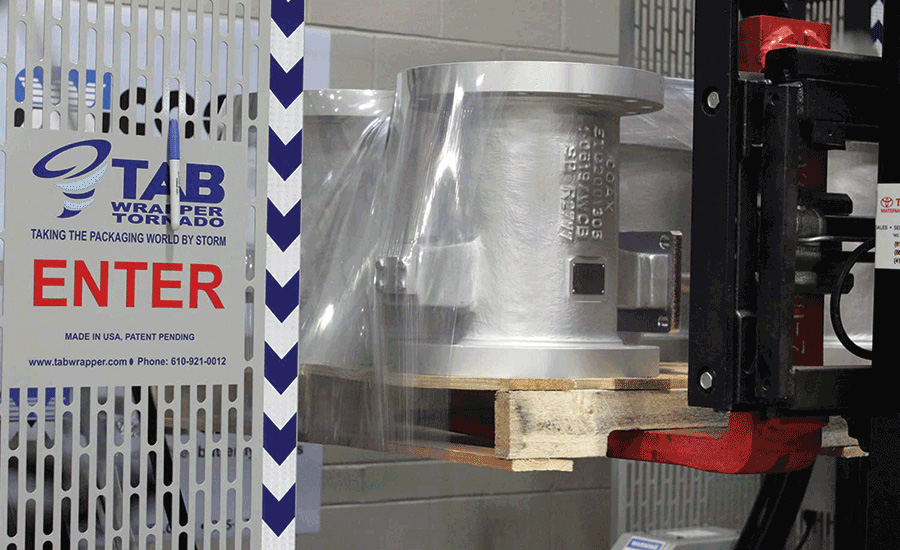 The TAB Wrapper Tornado is shown wrapping plastic film around and under both the pallet and the heavy, steel valves while raised on a forklift. Photo courtesy of Nicholas Deterding. 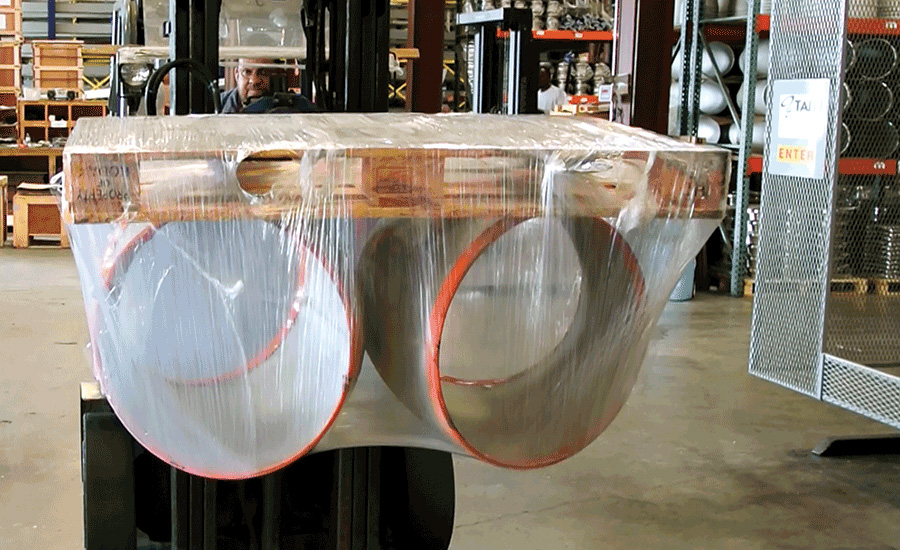 A forklift driver turns this unitized pallet load of metal fittings upside down. This is possible by wrapping 360 degrees around and under the pallet and load on the TAB Wrapper Tornado.

Every manager responsible for warehousing and deliveries dreads receiving the call or message that a pallet load has toppled from a forklift, workers have been injured and/or the cleanup will delay operations for days. Managers also dread the call or message that a customer has refused acceptance of a delivery due to product damaged in transit. An entire order of stainless steel parts, for example, can be rendered useless from a scratch or scuff, or from contamination due to contact with metal banding. This type of rejected pallet load can cost tens of thousands of dollars, plus the time and cost to rework the order. And no truck driver wants to deal with the spillage from palletized bulk bags that have torn and slipped off the pallet.

These types of issues often occur when loads shift in transit, ripping through the plastic film or tearing the cardboard where the banding or strapping is applied. In some cases, full stacks of cartons may slide off the pallet and tip over. Securing the load to the pallet as a single unit by wrapping plastic film 360 degrees under and around both the pallet and the load eliminates this concern for slipping and sliding off the pallet during transit. It also improves safety in storage. By eliminating load shifting, unitized loads are safer and easier to place into and remove from warehouse racking, and they may be set on high racks without concern for tipping over.

When delivering a variety of parts or other items of different sizes, shapes and weights, such as a parts kit, many companies commonly place the items together in a box with cushioning, and then place the boxes on a pallet for wrapping. But by wrapping all of the disparate parts to the pallet as a unitized load instead, the carton and cushioning may be eliminated. The compression force provided by encasing the entire pallet load in plastic overcomes any spaces or gaps between long and short or high and low profile products.

Many popular stretch wrapping machines, however, wrap the product or load to itself rather than to the pallet, providing a false sense of security. Horizontal turntable wrappers and straddle wrappers, for example, wrap the stretch film around the load laterally, relying on the weight of the load to keep it in place on the pallet when moved. These can work well for heavy cartons of the same size and weight but since they address four of the six sides of the pallet load, they cannot establish a unitized pallet load, leaving the load subject to the shifting described above. Stretch hooding-style wrappers apply the plastic film from above the load to address five of the six sides of the pallet load — an improvement, but it still does not secure the load to the pallet and establish a unitized load. 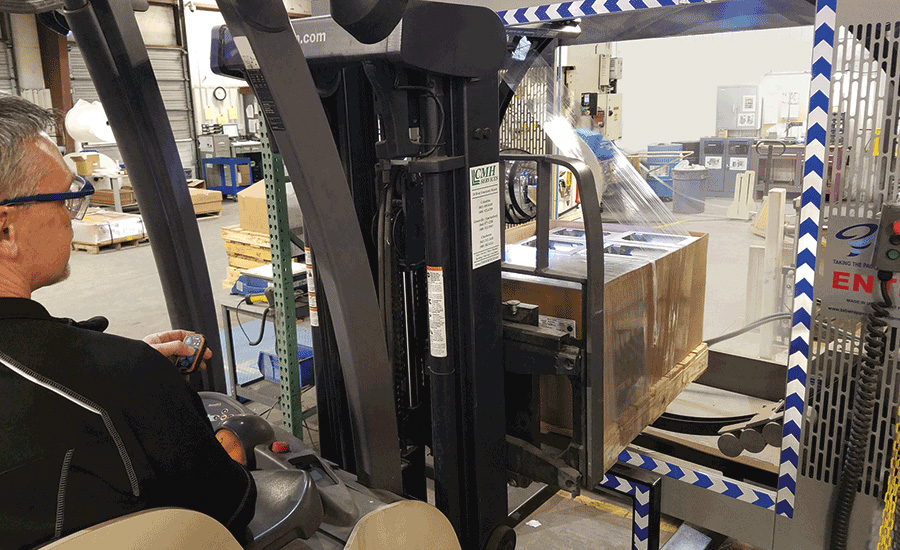 It is entirely possible to establish a unitized pallet load manually without any machinery. In fact, many companies that use automated wrappers started by wrapping manually. This process typically entails raising a pallet load on a forklift as two workers wrap the film over and around the pallet and load, passing the roll back and forth while being careful to avoid bumping their heads under the pallet or scraping their arms on the load. Though technically a unitized load, the quality of the wrap is subject to the worker’s skill, experience and commitment on any given day. Many use excess film — just in case — to add confidence in the wrapping. Inconsistency from one load to the next is the rule.

In recent years, the quality of the wrap and the safety concern often drove interest in automated stretch wrapping. Today, companies are reexamining the reliance on staffing as a potential solution to both quality and safety issues. The latest automated and semi-automated orbital stretchwrappers enable a single worker to manage the entire packaging process, unitizing a pallet load in 15 seconds with a consistent, secure, quality wrap every time. One type of orbital wrapper allows a forklift driver to operate the machine via wireless remote control from the seat of the lift truck. For companies required to implement social distancing and/or are concerned with staffing in the era of lockdowns and quarantines, automating the wrapping and packaging process offers significant comfort in peace of mind and tangible savings in cost reductions.

Andy Brizek is vice president of sales and marketing for TAB Industries LLC, Reading, PA, manufacturer of the TAB Wrapper Tornado. The company invented the concept of unitizing pallet loads wrapping 360 degrees around and under the pallet. For more information, visit Tabwrapper.com.