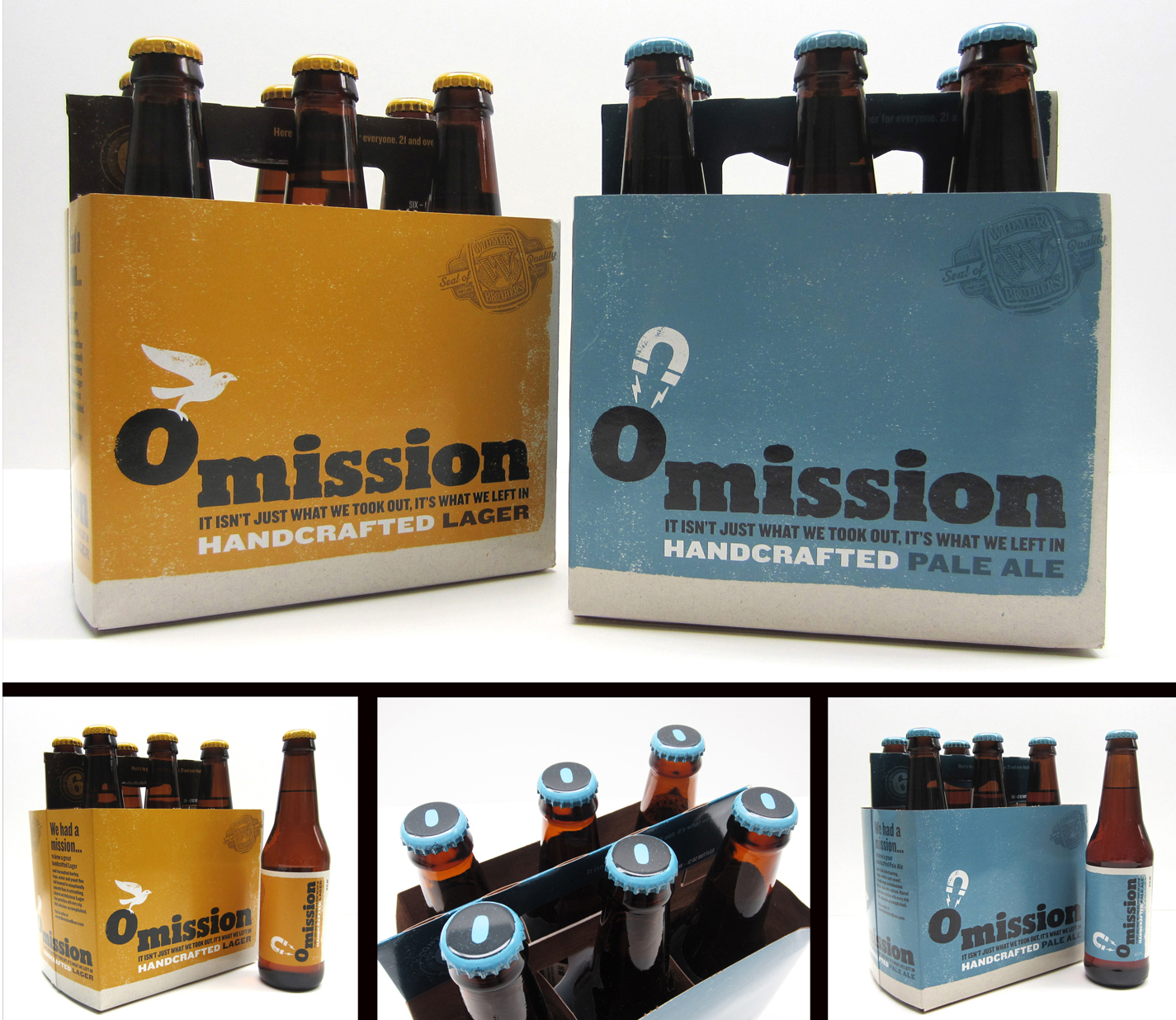 Playing off of Omission’s messaging, the Hornall Anderson creative team developed the tagline, “it isn’t just what we took out; it’s what we left in.” They then designed tongue-in-cheek illustrations that reflect the “removal of gluten” (or in the case of the on-pack design, removing the “O” to reveal the word “mission”) without omitting great taste. This is whimsically demonstrated by enlisting a variety of vehicles such as a UFO, bird, helicopter, hot air balloon, magnet, and magic wand. They also built the entire carton with Spot colors to provide much more consistency of color between vendors on either coast.

Already, feedback has been phenomenal. Consumers consider the new Omission Lager and Pale Ale part of a premium product line that not only meets their dietary restrictions, but also provides a quality craft beer taste. As a result, distribution has already extended from its West Coast roots to a nationwide market.